PayPal & 2CheckOut – payment giants. The choice is only yours. Part 2 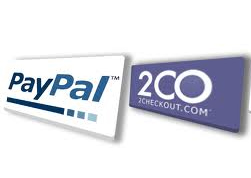 We want our payment processor to be universal and as flexible as possible. We even might want to issue our clients an invoice and send some money to our relatives at the same time from the very same account. Payment processors: PayPal and 2CheckOut – cover different aspects of our needs.

First of all, PayPal provides an opportunity to issue an invoice for any service or a product since a description is filled by a seller. One may agree this is a very convenient option especially for a fresh startup or for those who have not set up their billing system yet.

Another option a user could find useful is a chance to send money in two different ways. An individual may play a role of a client and pay money for services or goods meanwhile a transaction fee would be paid by a seller.

However, these are not all opportunities of collaboration PayPal can provide. “Send money to friends or family” checkbox makes available financial help for those in need. In this case a transaction fee would be paid by a sender in accordance with the source of a transaction (PayPal balance or bank card).

In this regard, a number of advantages and disadvantages of the system are to be faced. Among advantages flexibility of roles should be accounted, one may agree that a chance to be a sender and a buyer within one account is valued. At the same time deciding who is going to pay a transaction fee can also be an advantage. Whereas the main disadvantage is that all operations are possible for PayPal users only.

Looking at 2CheckOut makes one understand that it fills a different sphere of fiscal relations. The only way to collaborate through 2CheckOut is to issue an invoice for services or goods. In addition, a transaction fee is always paid by a receiving side. Owing to the mentioned conditions popularity among ordinary users would decrease.

Specifying all advantages and disadvantages of the payment processor would help to see a broader picture. For instance, making a payment and not being a participant of the system is a sufficient benefit, so as acceptance of bank cards issued by major emitters. Inability to operate among equal users may possibly hamper the development in the sphere. 2CheckOut being business oriented billing processor, however, would help not to mix miscellaneous activities.

Working internationally, this is what gives a business prospects and benefits and in this respect PayPal and 2CheckOut take the first prize. These systems do operate around the world and are well-known, however, with their restrictions.

The first remarkable thing about PayPal is that it works with the most tradable world currencies which are the US dollar, Euro, British pound, Japanese yen, Australian dollar, Swiss franc, Canadian dollar and so on.

Unlike 2CheckOut, PayPal works with all the countries around the world. However, it introduces a number of constraints. Members from some countries can not use PayPal balance or some can neither accept nor withdraw money from it. Supposingly, such measures are introduced based on country’s general reliability and the situation on the word arena.

However, the above mentioned limitations are the result of developed guidelines for each country-participant in a PayPal community. On the one hand, such a developed system could be an advantage as it brings clarity in solving conflicts. On the other hand, it brings hampers in overcoming them, when two sides are from different countries.

Approaching 2CheckOut in the aspect of countries and currencies, the variety of acceptable currencies should be mentioned, as they also include the most tradable ones.

Owing to the fact that 2CheckOut mostly works with banking cards, it provides an opportunity to choose among Visa, MasterCard, Discover, American Express, JBS and Diners. 2CheckOut also benefits from an ability to operate with PayPal.

As it was mentioned, PayPal puts certain limitations on account based on the country of an owner, 2CheckOut functions in a different way. It excludes a number of countries from any kind of operating agreement. These countries are North Korea, China, Iran, Syria, Cuba, Sudan, Myanmar (Burma). Nevertheless, function package remains the same among registered users.

Concerning policies, 2CheckOut stands for more a unified offer, distinguishing only between sellers and sub-merchants.

In order to rise a level of credibility towards a payment processing company, one needs to guarantee safety of the made transaction and be accountable for any outcome. PayPal and 2CheckOut have a slightly different approach to securing their clients. But unfortunately, there can never be 100 percent guarantee of fraud.

As PayPal is considered to be a more centralised system, it conducts a background check during the initial signup. Although verifying your account is optional, it would be more trusted with it.

However, PayPal keeps the right to review any transaction for fraudulent activity and place a hold on it. The hold state means that funds are frozen and neither a seller nor a buyer has an access to it. During an investigation parities are expected to share their side of the story and a decision would be taken based on PayPal regulations and provided testimonies. The decision could result in refunding the payment to a buyer, if a transaction is found fraudulent, or keeping it on the seller’s account.

PayPal also provides the service of recurring payments, when one can set up a subscription which would go off on the day of the first payment every fixed period of time. Owing to the fact that the payment is recurring PayPal do not check the following payments of this subscription.

2CheckOut also runs its background check of the company that would like to register an account. A company may also be contacted via phone or by e-mail asking to explain certain aspects of an application. Unlike PayPal, verification of an account is obligatory for 2CheckOut.

Checking each and every transaction for fraudulent activity is another peculiarity of the payment system. This measure was developed, as payments are being made by non-registered users, who additionally can use a new bank card for each transaction. Especially when a bank card can be stolen and used for paying for services.

In case 2CheckOut does find that a transaction is fraudulent, a recipient of a transaction would only be informed of the threat but no actions would be taken by the payment system itself.

Concerning recurring payments 2CheckOut follows the same policy as PayPal. The fraud check is only performed for the first transaction in a row and as the following transactions are made from the same card supposingly for the same service, there is no need to check them.

One of the unfortunate components of the fiscal relationships at PayPal and 2CheckOut is a conflict over a transaction. A dispute may appear because of a simple misunderstanding, a delay, an inaccurate description of a product or as a result of a fraudulent activity. Both systems can offer different ways of solving disputes that are based on the structural principles of the systems. PayPal, for instance, acts more like a mediator, whereas 2CheckOut is a transfer member between a seller and a bank where an abuse has been filed.

As abuses are rated, there are different degrees of cases one can file via PayPal. For example, a dispute allows a discussion of a case in a special PayPal chat-system between a seller and a buyer. Throughout the case a hold is placed on the transaction in question, and the money can not be withdrawn from the PayPal account of a recipient. So when a mutual agreement is reached and the case is closed, a hold is removed automatically. However, there can be a situation when a dispute can not be solved through a dialog and a third party, which is PayPal, has to be involved. In this respect any side of a conflict can escalate a dispute to a claim.

A claim does not presuppose a dialogue between conflicting sides. PayPal only gathers information about the case from both parties and passes judgement that is mandatory to perform. PayPal provides an opportunity to provide various types of proofs such as tracking information, if the case deals with tangible goods, it is also possible to add any comments to a case or additional files to clarify the situation. With regard to funds in question throughout a claim a hold is also placed on them. If a case is closed funds are either refunded if it was solved in favour of a buyer or a hold is removed if a seller wins.

If a client makes a payment with the help of a bank card assigned to PayPal account and there appears a conflict over a transaction, it is called a chargeback. In this case PayPal accepts guidelines of a card issuer and acts as a transfer member. However, after collecting all the data concerning the case, PayPal would contact a card issuer on the behalf of the party that received a chargeback.

As it was mentioned earlier there could be various reasons for filing a case and the best policy to deal with any case is to provide accurate information about the situation valid for the investigation.

As 2CheckOut deals mostly with bank cards, there mainly appear chargebacks. When a seller receives a notification of a chargeback, it would be appropriate to contact a client first to clarify a situation. Because there can be cases when a customer does not recognise the transaction and as the result files a chargeback against it. If a client does not respond to an inquiry within two or three days this would only mean that he is a fraud.

While working on a chargeback case, a receiving side should collect only the information of vital importance for the case. For instance, tracking information, if a seller deals with delivery issues. In any event, one can turn to a 2CheckOut support team for a consultation and be provided with a list of needed documents. Every chargeback case is individual and unique, so with that in mind a receiving side should be accurate and precise with all the details.

Summing up, it becomes obvious that PayPal and 2CheckOut have their own benefits and drawbacks. However a clear understanding of needs of one’s project would help to choose a payment gateway.

Did you decide on the payment gateway to use on your website but still looking for a hosting platform for it? Check out our offers for cheap VPS with cPanel and other control panels.